GFI vs. GFCI: The Differences Explained

GFI vs. GFCI: The Differences Explained 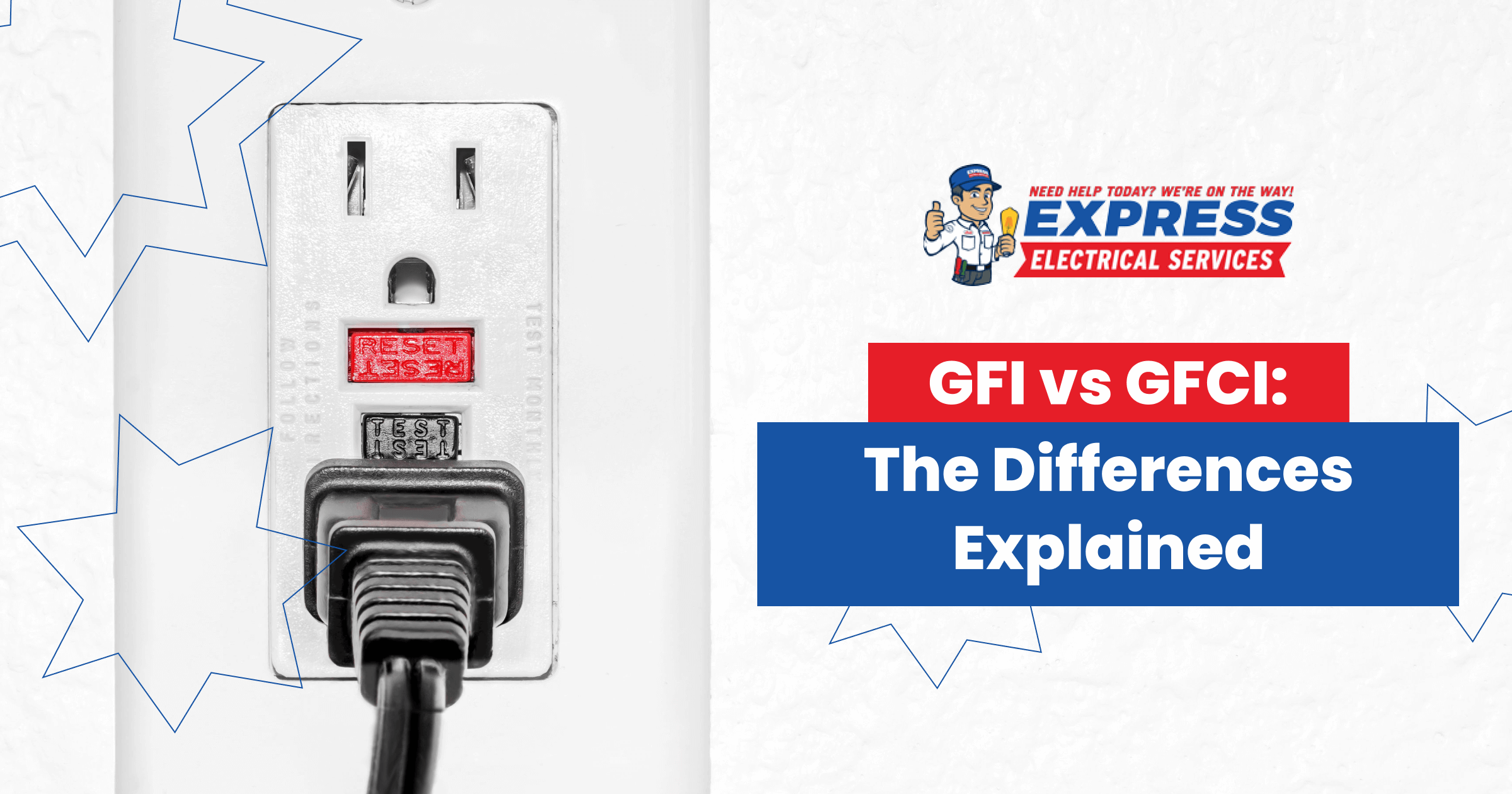 Ground fault circuit interrupters, or GFCIs, are a safety feature in homes, as they instantly shut off a circuit when a spike or disruption in current is detected (like a circuit breaker). They’re installed where electricity may contact water, such as a bathroom, kitchen, basement, laundry area, or garage. Electricians often encounter those asking about the differences between GFI vs. GFCI circuits. It’s often discussed in electrical discussion forums as well.

The truth is—there is none.

There is, however, a slight technical difference when referring to each term. Electricians sometimes refer to a GFCI when talking about a breaker on the electrical panel that protects the whole circuit. Meanwhile, a GFI may refer to a local ground fault interrupter at an outlet. This device would be reset at the outlet if it trips, rather than at the panel. An inline GFI protector plugs into an outlet or extension cord and may be used for appliances.

The purpose and function of a GFI vs. GFCI is the same. It is designed to prevent shocks, burns, or electrocution due to exposure to electric current. A GFCI/GFI continuously senses the amount of current passing through the hot and neutral wires. If there’s any loss of current, even as little 4 or 5 milliamps, it will trip. The electric field around the wire is measured by a coil. If there’s a sudden change in the current flowing through the conductors, the GFCI trips in about 20 to 30 milliseconds.

Each GFCI breaker has a test function. Pressing this button triggers a ground leakage. The button is insulated to protect the user, but the effect is the same and causes the breaker to trip. You should use this regularly to determine if the device is working correctly. If not, the GFCI breaker should be replaced. Generally, it should last about 10 to 15 years.

How Does a GFCI Fail?

GFCIs and GFIs are extremely reliable. This is great because a ground fault is very dangerous. It is an electric current short-circuited directly to the ground. Normally, this current is directed back to the source by the neutral wire. But if there’s damaged insulation or an external conductor such as water, the current will instead flow directly to the ground, which is extremely bad if something else is in the way, such as a human body.

GFCIs wear out with age. They can also fail due to exposure to moisture. Lightning or another sudden surge, light, heat, and chemical hazards can damage them as well. Repeated surges, no matter how small, can strain the breaker, and eventually, you won’t be able to reset it.

What to Do If a GFCI or GFI Trips

Since both terms are generally the same thing, follow the same procedure if one trips. You need to find out the cause of the trip, so start by unplugging everything connected to the GFCI. Reset the breaker once there’s no load on the circuit. Then plug in a light. If it works, the GFCI and its internal wiring are working properly and the issue points to one of the appliances that were plugged in.

Plug in each appliance previously connected, one at a time. When the breaker trips, you can determine the appliance that is faulty. The most common reasons are damaged insulation or moisture. If there’s an issue, use a multimeter to test for continuity between the wiring and the appliance itself. Washing machines and refrigerators often cause GFCIs to trip because they are prone to collecting moisture. Sometimes, the GFI will work again after the moisture evaporates and you plug the appliance back in.

If there’s a wiring problem, the breaker may trip with no load or a load within its rating. Check for moisture contact, a damaged outlet, evidence of burning, or cracked wire insulation. Otherwise, you can assume the GFCI is not functioning properly and needs to be replaced.

At Express Electrical Services, we specialize in GFCI/GFI outlet installation, repair, and replacement. Only an experienced electrician should perform these services. We’re also trusted throughout Los Angeles and Southern California for all types of electrical services, including 24/7 emergency assistance. To learn more about what we do and about the difference between GFI vs. GFCI, call 323-727-7799 today.