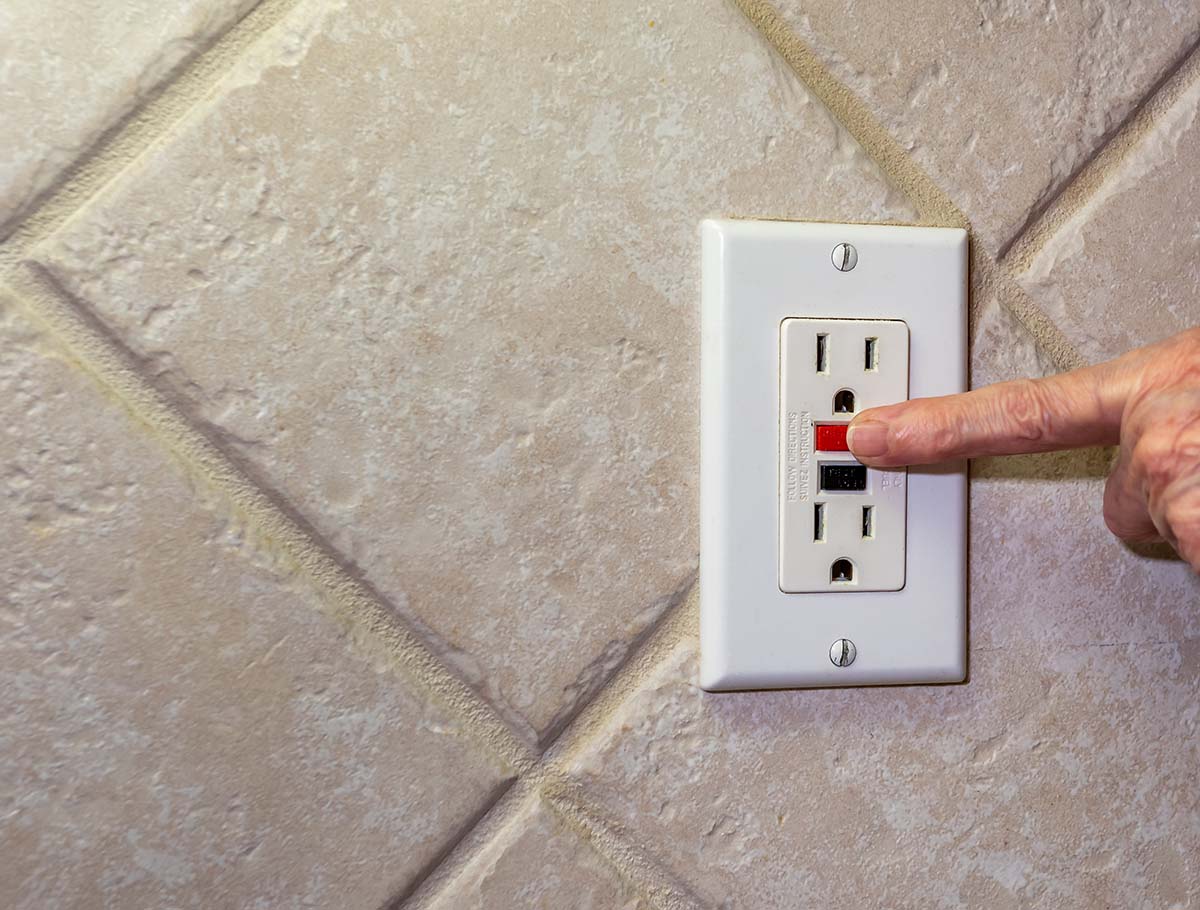 Ground fault circuit interrupter (GFCI) outlets have dramatically reduced electrocutions since being introduced in the 1970s. Nowadays, they are required for all single-phase, 125-volt outlets. A GFCI outlet can be installed indoors and outdoors; it improves safety in a kitchen, bathroom, laundry room, or garage. Besides being required by law (installing older outlets is a code violation), there are many advantages to installing GFCIs. At Express Electrical Services, we install and service them to:

Electricity can escape its intended path (i.e., a wire), if insulation becomes frayed, an appliance is damaged or comes in contact with water, or there’s an extreme overload. A GFCI monitors the current to detect such surges. It cuts the power in an instant, so you don’t have to deal with a painful, possibly deadly shock from that outlet.

Leaks in electrical current can cause shocks, sparks, and wires/equipment to overheat, which can start a fire. Old wiring and deteriorated insulation can contribute to home fires as well. If conditions are such that an electrical fire becomes likely, the GFCI outlet will turn off, potentially saving your home, and lives. Standard outlets don’t provide such protection against power surges.

Devices and appliances can be damaged over time by a persistent leak of electricity from poor insulation. You could get a shock from metal appliances. But if the outer covering is not made of metal, you might not realize there’s a problem until the equipment fails. Electrical spikes can significantly shorten appliance life. A GFI outlet avoids this by tripping and cutting the power before there is damage.

A GFCI monitors the flow of electricity in and out of the outlet via a built-in sensor. The outlet immediately responds to a change in electrical flow. It does this by sensing the difference in the amount of electricity that enters the circuit with that flowing out of it. Changes in current by just a few milliamps can be detected. It takes a fraction of a second for the GFCI to respond by tripping or shutting off the entire circuit.

GFCI outlets differ in appearance from regular ones in that they typically have a built-in Test/Reset button. Pressing it lets you restore electricity or test the outlet. Some models even have an indicator light. There are many configurations of GFCI outlets available. Other than the test/reset feature, indicator, and the ability to trip a circuit, they function the same as any standard outlet.

Protection Regardless of the Source of a Surge

The outlet will trip whether a ground fault occurs due to bad wiring, an appliance malfunction, or the presence of water or moisture. Electrical surges can also be caused by static electricity. The GFCI can be triggered by a lightning strike as well, so there is no risk of shock, fire, or electrocution during a storm. If a GFI outlet is placed outside, it can be affected by rainwater, snow, ice, and condensation as well as spray from lawn sprinklers and garden hoses.

Our technicians are factory trained to install, repair, and maintain GFCI outlets in Los Angeles. Available 24/7, we can quickly restore your safety and ensure your outlets are working. Call 323-727-7799 to speak with a live operator and schedule same-day service.