How to Find an Electrical Wire in a Wall

How to Find an Electrical Wire in a Wall 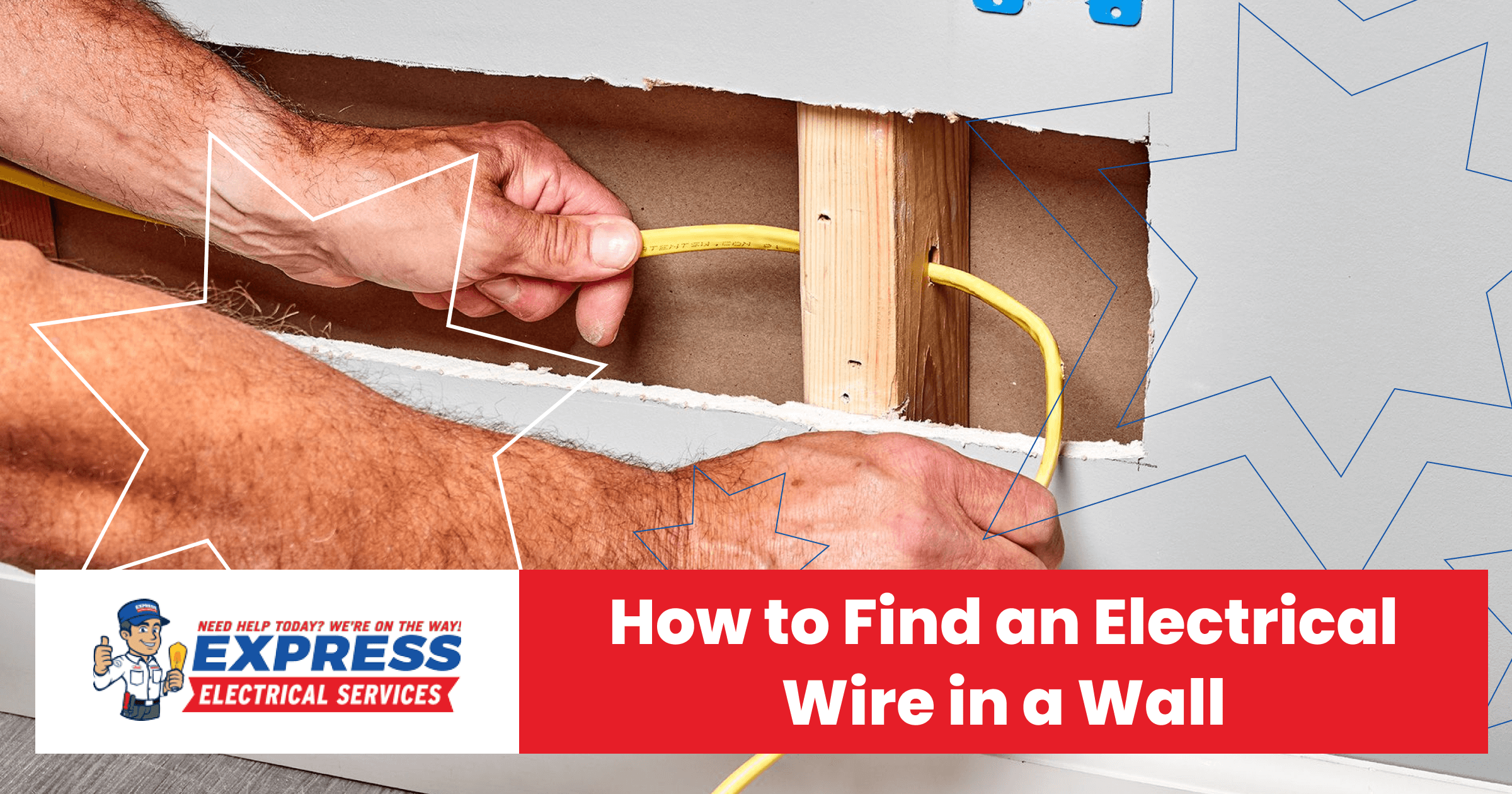 Blindly looking for electrical wire can lead to some nightmare scenarios. One is unnecessarily breaking down drywall. The other is potentially drilling into where wires are, which can cause electrical damage, electrocution, or another emergency, even a plumbing disaster. Fortunately, there are many ways to find the wire that’s inside the wall. You may not even have to look for the wires themselves; you just need to know where they’re connected to and have the right tools in hand.

Here are some of your options:

Wires often run along studs, or wooden or metal beams that are part of the wall frame. A magnetic stud finder detects metal nails in the studs, which wires often rest on, while an electronic stud finder produces an electrical field that lets it identify denser regions (some can detect electrical currents). Since wires are configured horizontally in walls, turn the stud finder on and move it this way. It will light up, show a visual indication, or emit an audible alert if it finds something.

Once you know where the nails are in the stud, mark the area. Then turn off the main breaker and drill a small hole in the wall. If you have a scope camera, the hole can be quite small. You’ll be able to see where the wires are. The hole can be patched with standard drywall plaster later.

Some wire detectors require wires to be live, while others don’t. They’re usually in the same section of the hardware store as stud finders. Higher-end devices can also detect plumbing in the wall. To use a wire detector, plug the transmitter into a nearby outlet (typically within 6 feet of the area to search) and hold the receiver correctly (as shown in the manual). Depending on the model, it may need to be flat against the wall or held at an angle. Activating the transmitter/probe sends a signal that reaches the receiver once wires are detected.

These often use radar to locate electrical wires behind walls or underground. Power doesn’t have to be running through the wire/circuit, as the detector, depending on the model, can find even broken wires. To use a tracer:

Look for the wire’s return path by plugging a lead into a socket. Then plug a remote lead with a longer wire into the transmitter and extend it to a socket on a different wall. Continue moving the device in a straight line and listen for persistent audio cues. As you go, mark the wall along the wire’s path.

If the device has test leads, plug the red lead cord into the red input and the green cord into the black port. Clamp the red lead to the visible wire and clamp the green cord to a pipe or other metal object for stability (the method is best suited for homes under construction or being remodeled). Turn on the transmitter and receiver and adjust the tracer’s sensitivity level. It should be between 50% and 75%. When a wire is detected, the signal bar will be full. Move the unit in a straight line to trace the wire, noting the location before starting any renovation work.

Once you’ve found the wires you were looking for, use a voltage detector to see if they’re live. Options include a neon circuit tester or audible alarm voltage detector. Using a volt probe typically requires placing a metal pin into an outlet or breaker (some detectors use circuit-sensing clamps that fit over wiring insulation). Regardless of the type, it will show whether the circuit is off or verify whether it’s working properly. If there’s a tangle of wires, a tone generator can help determine which wire goes where when used on both ends of a circuit.

Working with electrical wires can be frustrating and even dangerous. Our licensed electricians are experienced with all types of home wiring and re-wiring work. Finding wires and mapping out circuits can be done quickly before we do any cutting or drilling. We work fast and can address your wiring needs with minimal disruption. For service in the Los Angeles area and other parts of Southern California, call 323-727-7799.