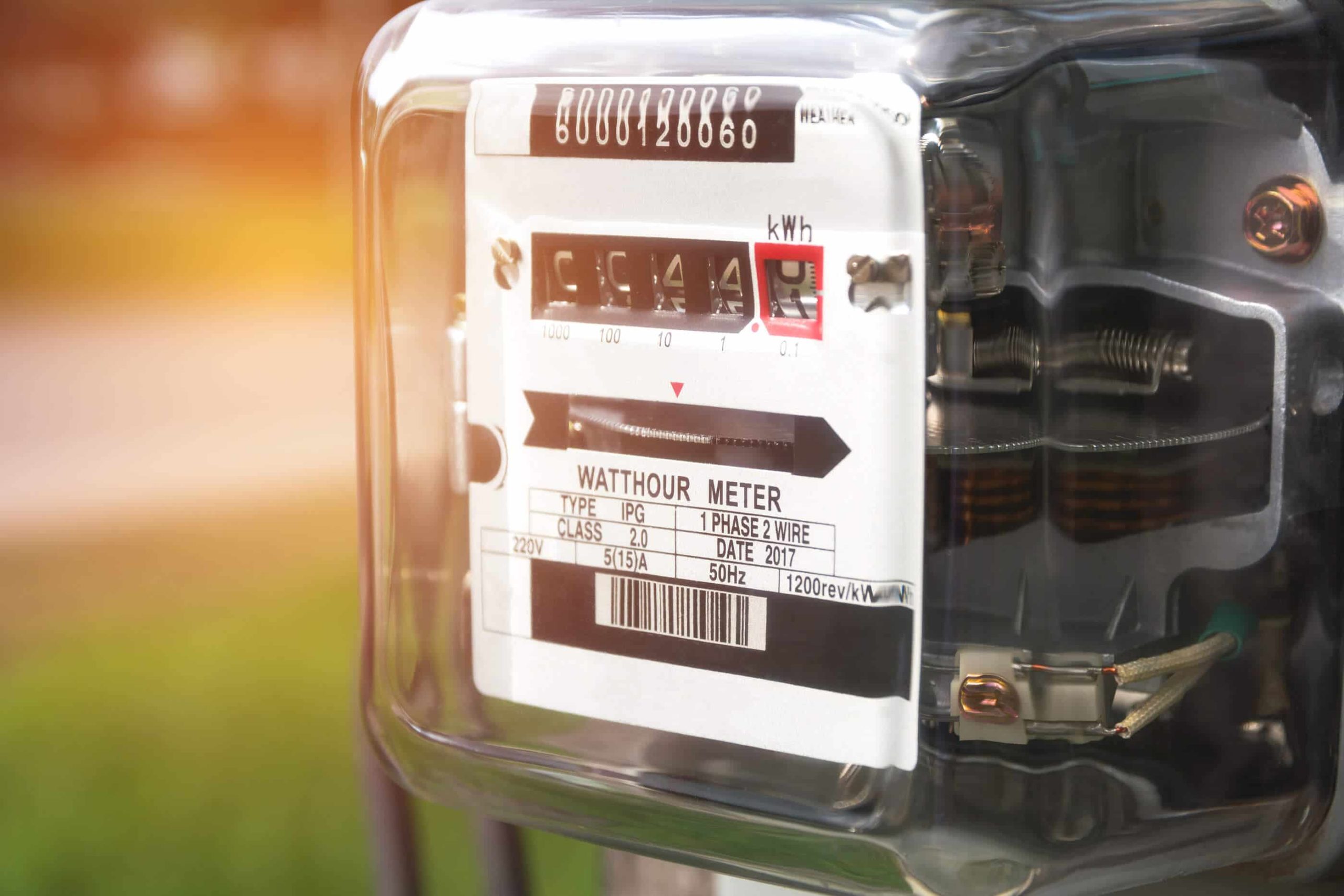 An electric meter has a series of numbers or spinning dials, but homeowners often aren’t sure how to read it. Measuring the energy consumed by your home, the meter is read monthly by service providers to determine the cost of your bill. Electric companies tend to round the numbers when calculating usage. However, you can check the meter yourself to track and record energy consumption and avoid being overcharged.

Electric companies use the information on the meter, displayed in kilowatt-hours, and multiply it by a pre-determined rate. The answer to this simple calculation is what you pay that month. How you read the electric meter depends on the type you have.

Analog, or dial-type, meters feature four or five dials inside a glass or metal round box, read from left to right. Each dial is arranged with numbers from 0-9. If the first dial is clockwise, the next will have numbers arranged in a counterclockwise fashion, and so on. An arrow on each dial may show what direction it moves in.

If the first dial on the left is in-between numbers, always read it by the number it just passed (i.e., 8 instead of 9). Read the value as 9 if it’s between 9 and 0. When a pointer on the next dial is on a number, and the dial to its right hasn’t passed 0, read it as the next lowest number. Treat the value on the third dial and second from the right as you would the first. For the dial on the far right, the number as exactly what the pointer is on.

Record the total value for later reference. The next time you check the meter, record that number and subtract it from the previous figure. Your answer will reveal the number of kilowatt-hours used during that period, which you can multiply by your energy company’s rate to determine what your bill should cost.

A digital electric meter measures the energy you consume electronically. You don’t have to decode any dials. The meter displays the kilowatt-hours used. Subtract this number from what you last recorded and multiply it by your company’s rate. So, if the first total reads 2940 and the second is 2725, you’ve used 215 kWh of electricity. You can keep track, but some newer models transmit readings automatically to providers.

If you use prepaid electricity, you pay first and consume energy until you’ve used up an amount that correlates to what you’ve paid. This is often called “pay as you go electricity”. To read how much service you have left or see actual usage, toggle the blue button on the display. You can then record kilowatt hours, multiply the value by your rate, and determine in dollars how much of your payment has been used.

These meters decrease electrical expenses in the evening. Economy 7 meters support seven hours of reduced cost and Economy 10 units allot 10 hours. They are typically read like digital meters. A button on the meter lets you toggle daytime, nighttime, and total usage. As usual, you can multiply what you’ve used by your rate to get a dollar amount.

Call your Los Angeles Electrician If Your Meter Seems Off

Sudden changes in electric meter readings can indicate a problem with your wiring or appliances. When this happens, contact Express Electrical Services, 24/7, for prompt service by the best electrician in the area. Call 855-976-9049 for service and electrical repairs today.