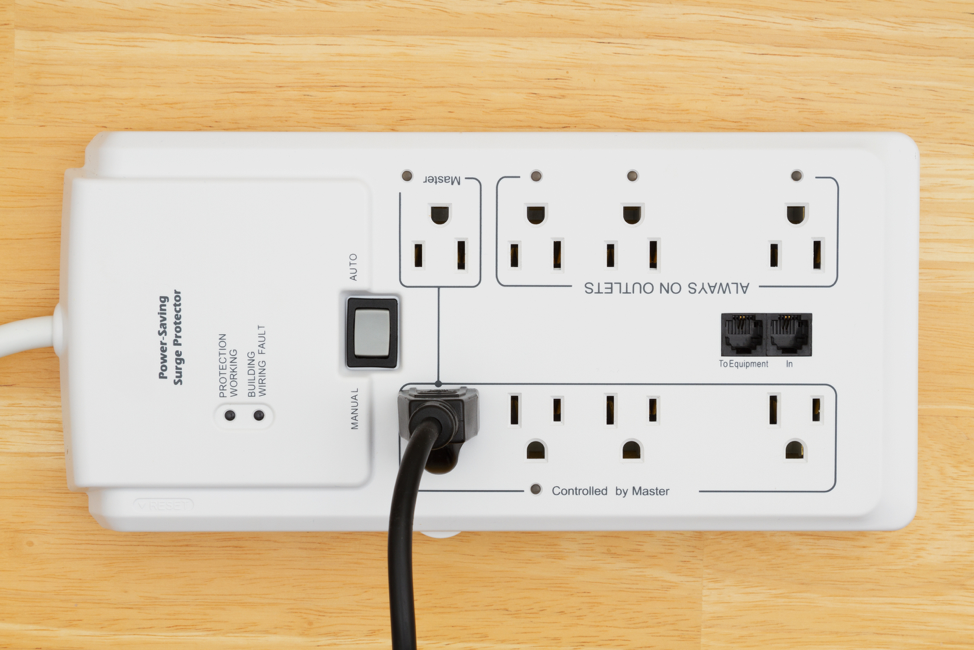 A surge protector is essentially a safer way to add more outlets. No, they’re not simply an extension of your wall outlet, but more heavy-duty devices with built-in protection. A surge protector can detect voltages over a certain limit; if so, it will divert the excess electricity to the grounding wire (this is what the third prong, or grounding pin, on a plug is for).

Where Do Surges Come From?

An electrical surge can come from lighting as well as high-power appliances such as air conditioners, computers, televisions, and media systems. Oftentimes it is the combination of multiple active devices that creates an overload, which demands a call to an emergency electrician to find and correct the problem.

Why Do I Need a Surge Protector?

Surge protectors come with many advantages. Wiring systems are rated for 120 volts in the United States; anything higher than that can seriously damage electronics and appliances. An overload could literally fry your computer. If you have a surge protector and there is an electrical surge, your devices will not be damaged.

Voltage measures the difference in electrical potential energy as current moves across a wire. A surge is a voltage increase that lasts for 3 three nanoseconds or more; a spike lasts only one or two nanoseconds. High voltage can heat up and burn a wire until it fails. Electrical components may wear out faster as well.

How Does a Surge Protector Work?

Electricity is diverted to the grounding wire in an outlet. Most surge protectors include a metal oxide varistor (MOV) to accomplish this. This connects the hot power line to the ground line during a surge or spike. Two semiconductors in the MOV, joined by metal oxide, respond to high voltages by conducting more current, diverting only the surge current while letting the standard current continue to power any active machines.

How to Use a Surge Protector

First, you need to choose the right device. A surge protector can be damaged by the same voltage it diverts. Its indicator light should tell you whether it’s working or not; if it is out, buy a new device. Other important factors to look at include:

Here are a few other things to keep in mind:

If you’re not sure what kind of surge protector to get or if you experience frequent electrical surges, Express Electrical Services can help. We provide same-day and emergency electrical services in Los Angeles, Orange County, Riverside County, and all of Southern California—24/7. Keep your home and family safe by giving us a call or requesting service today.