What Do I Do When the Smoke Alarm Is Beeping in the Middle of the Night?

What Do I Do When the Smoke Alarm Is Beeping in the Middle of the Night? 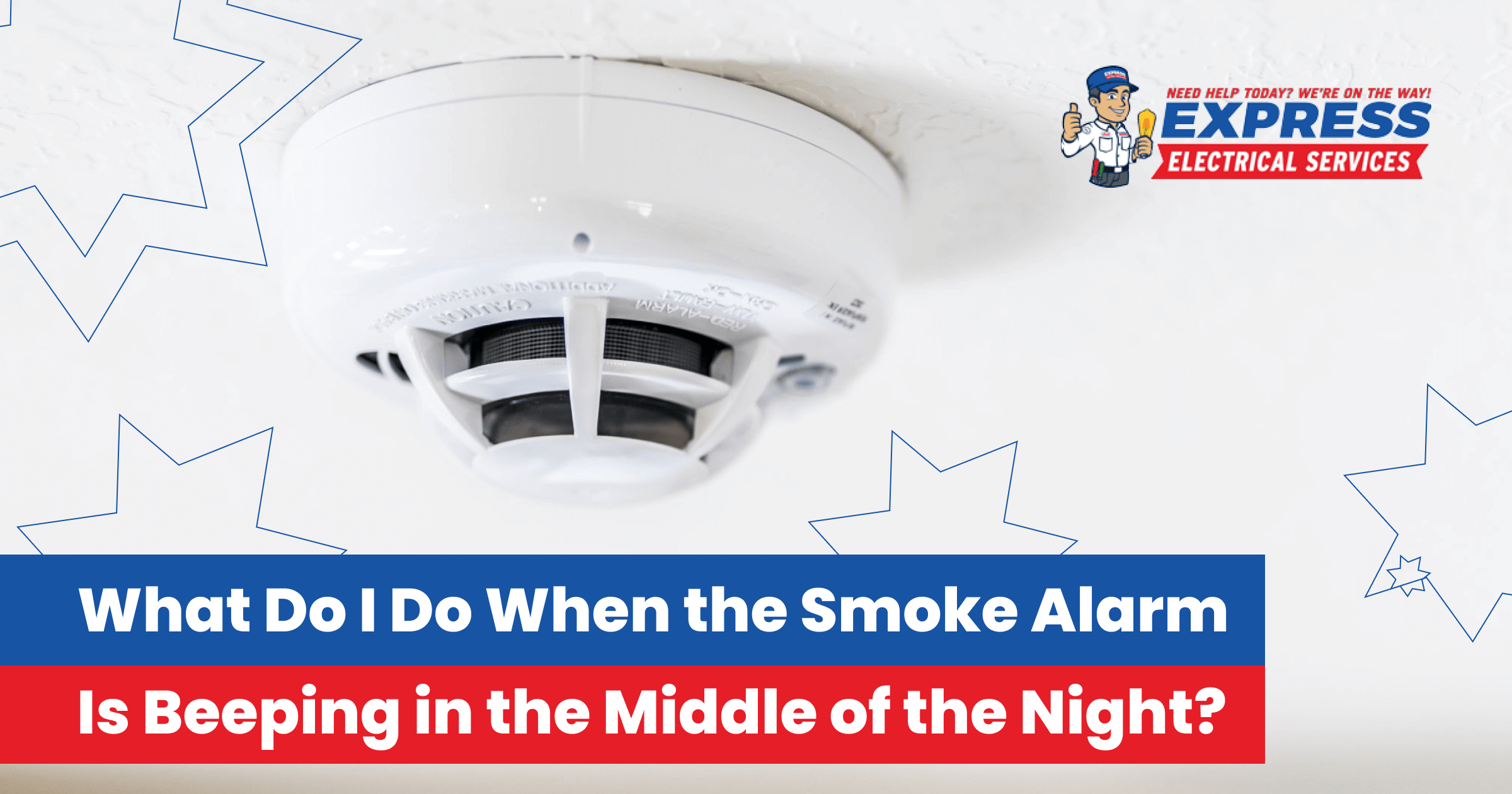 Smoke detectors are designed to make a loud noise if there’s smoke or fire in your home. This is intended to wake up occupants so they can get to safety. But hearing a smoke alarm beeping in the middle of the night isn’t always an emergency. There are other reasons you might hear your smoke alarm at 4 a.m.

Why Is My Smoke Alarm Beeping If There’s No Fire?

A smoke detector is designed to alert you when its battery is weak. The battery releases more power, which increases resistance in the unit, which is further increased by drops in room temperature at night. Thus, you hear the low battery chirp. Once your home starts warming up in the morning, the noise might stop.

When you hear your smoke alarm, proceed depending on the following situations:

The Alarm Is Intermittent

Also, note that a hard-wired smoke detector can beep if its backup battery is low in power.

How Do I Stop a Smoke Alarm from Beeping in the Middle of the Night?

Stopping a smoke alarm from beeping is often simple. Get a step ladder and carefully reach for the alarm. Pressing the “Test/Silence” button on the front of the unit should stop it from beeping or chirping. If this doesn’t work, grasp the device and turn it counterclockwise. It should detach from the base so you can open the battery compartment in the back. Remove and replace the battery to see if it caused the issue.

A hardwired device can be removed by loosening the alarm wire screws with a screwdriver. Be careful not to touch the exposed copper ends of the low-voltage lines. Do not leave the smoke detector disabled. If you can’t find a permanent solution, contact a local electrician who can help. Nonetheless, there are other smaller issues to look for, including:

Hard-wired smoke detectors can trigger if the circuit breaker they’re connected to trips. Usually, some lights or devices won’t work, as local fire codes often require a shared circuit so you’ll know that breaker tripped. Locate the breaker, turn it off, and wait a few minutes before switching it back on. Reset the alarm by pushing and holding the test button. The alarm should sound and then stop, meaning the smoke detector is working.

An electrical surge can trigger a smoke alarm as well. It can be challenging to locate the affected unit as the entire circuit may be activated. Locate the appropriate breaker and shut it off. Follow the process above to turn it back on and, if the problem isn’t resolved, call an electrician.

If your smoke alarm is beeping in the middle of the night, you can’t find the cause, or aren’t able to correct it, our licensed electricians can troubleshoot it and make repairs. Our Southern California customers depend on us to test, repair, and replace smoke alarms to keep their homes and families safe. You can reach us 24/7 for emergency service. To request assistance, call 323-727-7799.