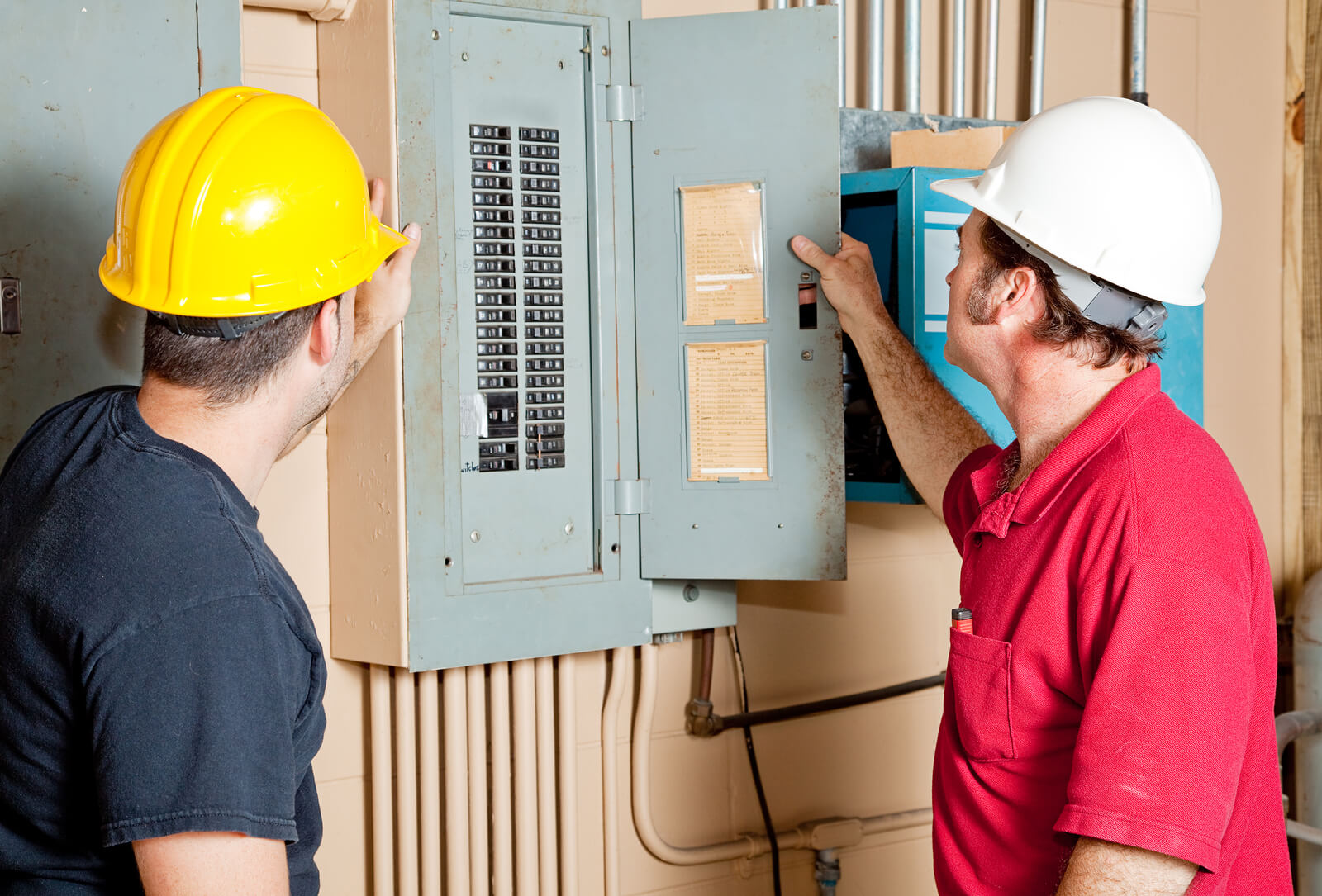 The circuit breaker panel is where electricity is distributed from the utility company’s lines to the electrical circuits in your house. When you open the panel box, you’ll see the dead front cover or a flat panel with cutouts for all the breakers. In most cases, the panel has two vertical rows of breakers, with a larger main breaker on top.

The main breaker allows you to turn off all circuits at once. The branch circuit breakers are used to turn off individual circuits. They’re broken down further into:

If a switch isn’t labeled, you’ll need to know the circuit it’s connected to, for future reference. You can label switches on your own, but first, you’ll need to test each circuit. A useful method is to turn off all circuits except one, then check for lights, outlets, and appliances that still work. Or, you can plug in a small lamp to test individual outlets. When you know which room is on the circuit, you can label the corresponding switch.

Each switch has an ON and OFF position. When the ON side is pushed in, the circuit is active. If the circuit is off or the breaker trips, it will be in the OFF position. Breakers are reset by switching them back to the ON position when you’re ready to restore power. Switch each breaker one at a time to avoid sudden power surges.

A breaker trip isn’t the only time you’ll use your breaker panel. If you’re doing major housework, you might need to shut off all the power. First, identify each individual circuit breaker, and shut them off one at a time. Then, you can flip the main circuit breaker to its OFF position. It is also the first breaker you would turn back on to being restoring power.

Other Parts of a Breaker Panel

Aside from single- and double-pole breakers, you also find the following in a circuit breaker panel:

Circuit breaker panels also consist of parts you don’t normally see. Each breaker snaps into a bus bar (a single-pole breaker with one hot wire, typically colored black) or two bus bars (two-pole breakers with two hot wires that are black, red, white, or a different color). Electrical current returns to the breaker panel via the neutral bus bar, which sends current back to the utility.

Our experienced electrical contractors provide same-day service in Orange County, San Bernardino, Riverside, and throughout the Los Angeles area. We do installation, repair, and much more. For assistance with your electrical circuit breaker panel, call us at 323-466-1761 any time and we’ll respond within 60 minutes.