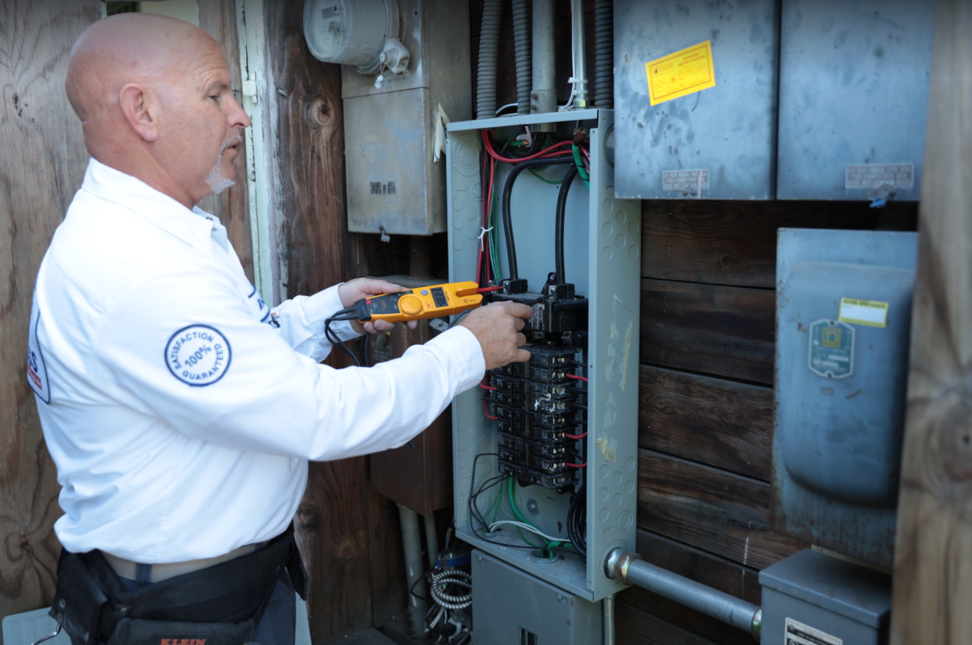 All modern homes have circuit breakers. Each one, connected to a different circuit, cuts the power to that circuit during an overload. In the past, fuses were used, but rather than blowing out and requiring replacement, a circuit breaker simply needs to be reset. It can be reused multiple times; if something goes wrong with it, contact our Los Angeles electrician to inspect and safely repair or replace it

How Does a Circuit Breaker Work?

An automatic switch located within your electric panel, a circuit breaker is always monitoring how much current is flowing. A short circuit, overload, or other problem may cause it to trip, avoiding possible electric shock; damage to wires, appliances, and devices; and even fires. Typically, a circuit breaker lever is controlled either by heat energy or an electromagnet.

To trip, a circuit breaker must detect the fault condition. This occurs within the breaker enclosure for low-voltage circuit breakers, while higher voltage units may sense the fault while an external system opens the circuit. Contacts within the breaker open in response to a fault. These are often made of copper or silver alloys that withstand excessive heat and electrical arcs produced when the circuit is interrupted. Depending on the breaker, different methods are used to extinguish an arc, such as air, a vacuum, oil, or insulating gas.

Circuit breakers are classified into different types of devices with unique voltage ratings, constructions, and structural elements. The most common types include:

There are also medium-voltage circuit breakers, with 1-72 kV ratings, and high-voltage types rated at 72.5 kV or higher for electrical power transmission networks.

When a circuit breaker trips, usually the power will go out in certain rooms or for certain appliances or lights. Identify the circuit these are on, and the corresponding breaker in the panel. Move the switch back into the “ON” position; it should click in place and restore the power. If it doesn’t hold or trips again soon after, the circuit may be consistently overloaded, or their may be an electrical problem such as a frayed wire.

In case of a problem, call our Los Angeles electrician for help, who can provide 24/7 circuit breaker repairs, provide inspections or replace components to boost functionality and safety. Our team is available in all of Southern California, including Los Angeles, Orange County, and Riverside County; contact us by phone or request service online.