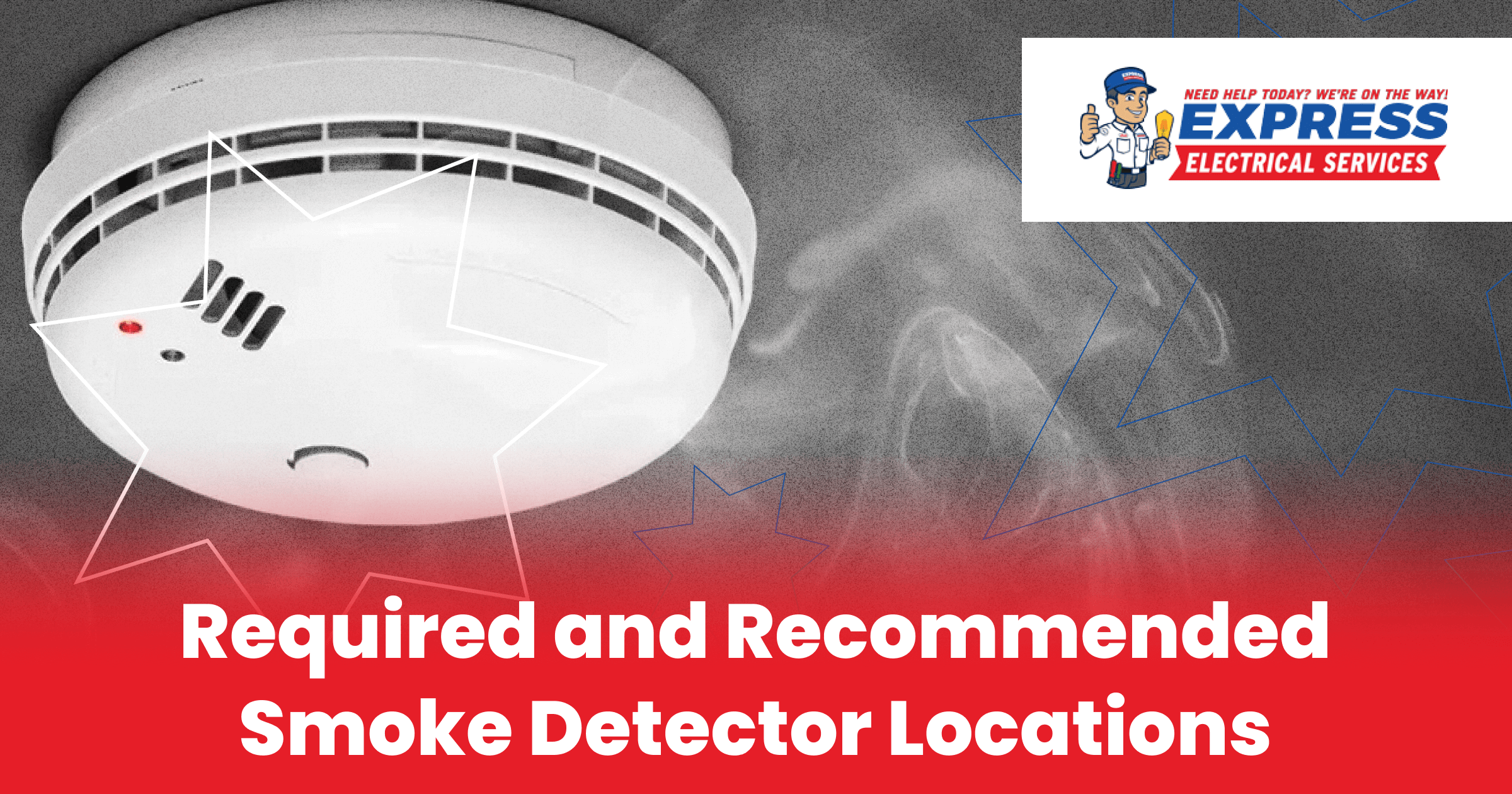 According to the National Institute of Standards and Technology (NIST), about 96% of U.S. homes have smoke alarms. But in roughly 20% of them, these alarms are non-operational. It also estimates that if all homes had working smoke detectors, about 1,100 lives could be saved each year. Having alarms installed in the right smoke detector locations is also important. The National Fire Protection Association (NFPA) has established minimum standards for where to install smoke alarms.

The NFPA requires that smoke detectors be installed:

NFPA 72, National Fire Alarm and Signaling Code also prohibits smoke alarms from being installed near windows, doors, or ducts. When exposed to drafts, the alarm might not function properly. It also forbids painting smoke alarms or placing stickers or decorations on them.

Interconnected smoke alarms provide the best level of protection, as all alarms will sound at once. These units can be hard-wired or use wireless technology. All alarms should be made by the same manufacturer, or you risk incompatible alarms not sounding in an emergency.

The NFPA also recommends testing smoke alarms monthly. Each device has a test button that, when pressed, will cause the unit to emit a sound. If a loud beep is heard, then the smoke detector is working. Per the manufacturer’s instructions, the device should be cleaned and maintained accordingly.

A chirping smoke alarm means its batteries are low. They should be replaced right away to ensure the device is working. Some have non-replaceable 10-year batteries; the entire alarm must be replaced if it starts to chirp. If your smoke alarm has a replaceable battery, install a new battery at least once a year, or if it gives an audible indication the battery is low

Batteries specific to the brand and model of alarm must be used. You can find the right battery listed in the manufacturer’s instructions or on the back of the unit.

Types of Smoke Detectors to Use

Smoke detectors use different technologies. For faster, more intense fires, ionization smoke alarms are most effective. They emit ions that generate a faint electrical current. If smoke is present inside the unit, it will interrupt the flow of current, sounding the alarm. Photoelectric smoke alarms, which are best suited for sensing slow, smoldering fires, include a light source and photoelectric sensor. They are triggered when smoke blocks the path of light or scatters it. The NFPA recommends installing devices that combine both technologies.

Express Electrical Services professionally installs smoke detectors that are hard-wired rather than battery-operated. They consist of interconnected units throughout the home. The number of detectors installed depends on the size of your home. Our trained electrical technicians know all the right smoke detector locations and provide other home safety services including carbon monoxide detector, security lighting, and whole house surge protector installation. Call 323-727-7799 to schedule a smoke alarm or other electrical installation.